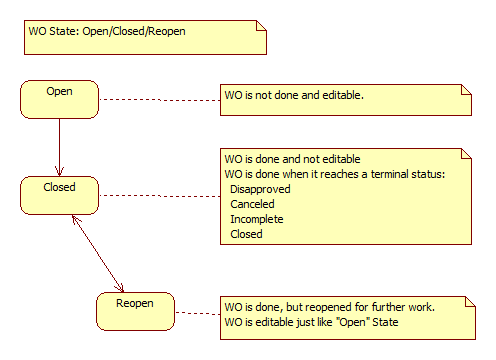 A Note of Work Order Life-Cycles in Calem

WO life-cycle can be viewed from different detail levels.

WO State is at the highest level. It indicates if a work order is not done (Open state), done (Closed state), or done but made workable again (Reopen). ​ 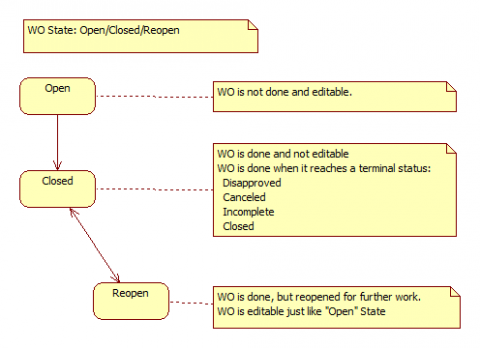 WO Stage is at the middle level. It enables one to better manage work orders through submission, approval, planning/scheduling, execution and closure.

WO status is the most detailed indicator of work order life-cycles. It drives both state and stage.

Here's the WO status catalog:

The diagram below shows the status flow graph along with state and stage. 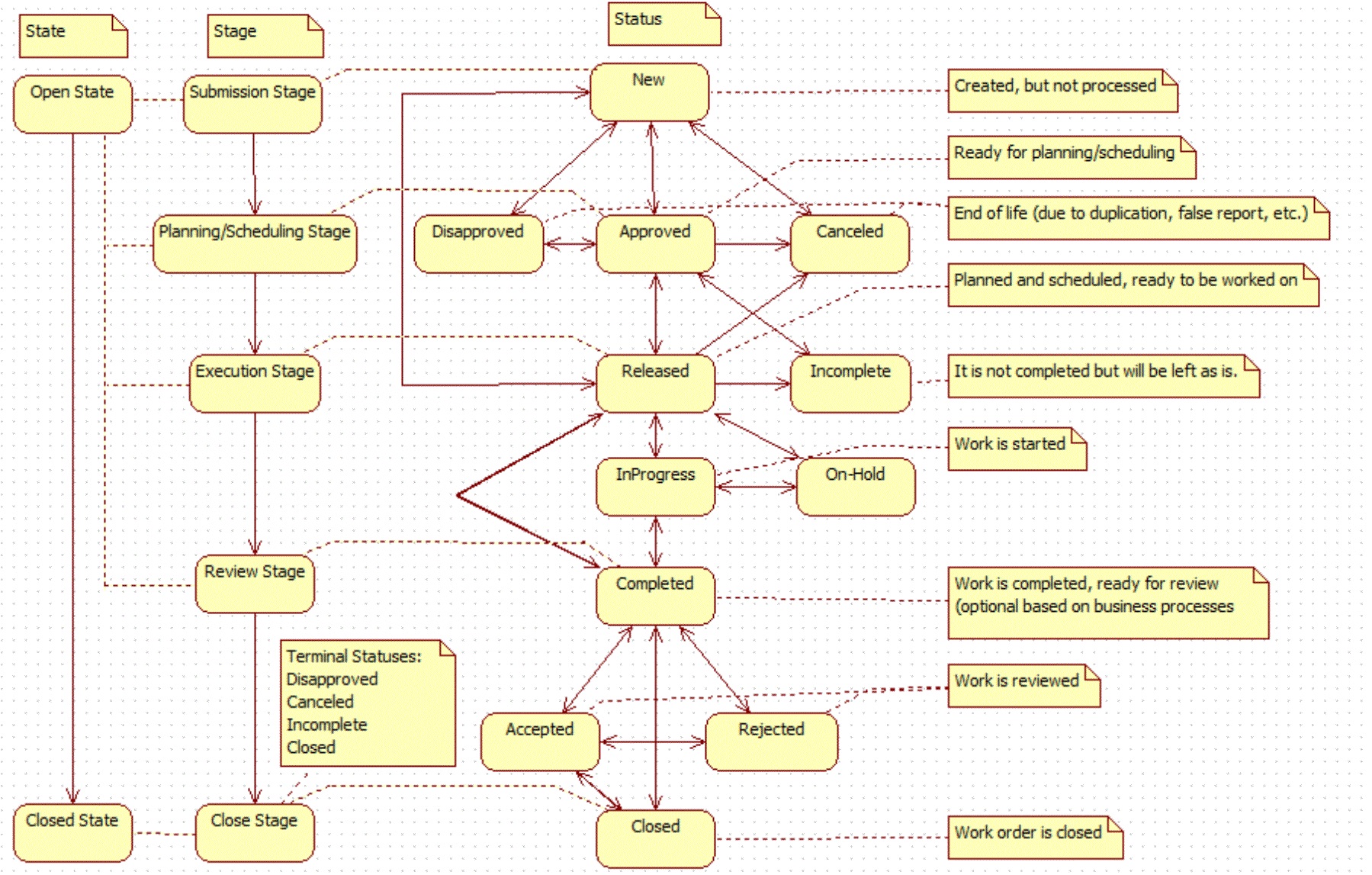 Administrators can also define life-cycle status transitional graph based on business requirements. For instance, WOs that are canceled can only be transitioned to New to be reinstated, no other transitions are allowed. See Calem Enterprise Admin Guide for details.

There are cases work orders must be reviewed (accepted or rejected) after being completed. These work orders cannot be closed without being accepted (or rejected). For example, there are types of work orders that once completed need to be reviewed to assess maintenance strategies or environmental requirements. You can use this feature to enforce a review (reject/accept) before someone can close such work orders.